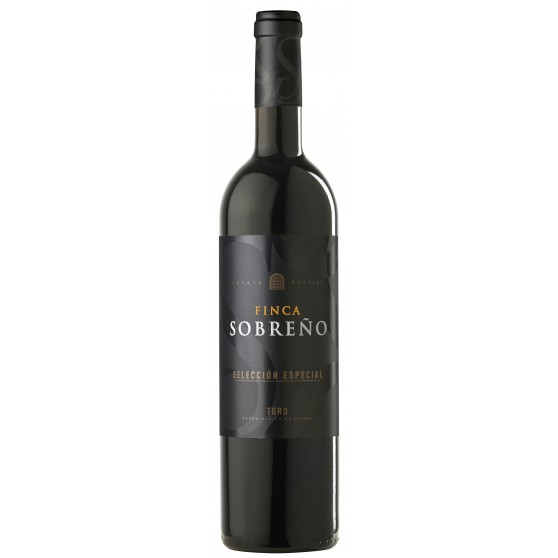 A great sir Powerful and very elegant. A wine with a lot of body and silky at the same time, which combines black fruit with roasted, chocolates and licorice.

Elaboration: After a careful selection of the grape, it is destemmed and macerated in
cold at about 7ºC for 5 days and then ferment at a maximum temperature of
28ºC. The total duration of the maceration is approximately 20 days.

Aging: Wine ages in new American oak barrels for 14 years
months, followed by another 12 months more in the bottle.

Age of the vineyards: More than 35 years
Fermentation Temperature: Maximum. 28ºC
Fermentation and Maceration Period: 20 days
Type of barrels: American oak
Age of the barrels: New half of the volume and the other half in barrels one use.
Barrel time: 14 months
Time in bottle: Min 12 months
Alcohol Content: 14.5 (% vol)
Recommended service temperature: 16-18ºC

Andreas Larsson, elected world's best sommelier by the Association of the Sommellerie Internationale (ASI) in 2007, has once again highlighted the wines of Bodegas Sobreño with a great score for two of them. On this occasion the Master Sommelier has awarded 93 points out of 100 to Finca Sobreño Reserva Especial Selección, and 90 to Finca Sobreño Crianza 2015 in the ranking that the critic has made for the publication 'Tasted 100% Blind'.

According to the critic, a score of between 93 and 96 points -the one received by the Special Selection Reserve- defines "an exceptional wine that stands out for being of international stature, which has complexity, nuance, expression of 'terroir', concentration and length". On the other hand, the wines that receive from 89 to 92 points - like the Crianza 2015 - are wines "from very good to exceptional, complex, structured, with a lot of character and expression of 'terroir'".

The Finca Sobreño Reserva Especial Selección is a powerful, fleshy and velvety wine that ages for 14 months, half the volume in new barrels and the other half in barrels of one use, all of them made of American oak. Then rest for 12 months in the bottle before going on the market. Finca Sobreño Crianza is characterized by being a powerful, fleshy wine with a long and persistent finish that ages for 9 months in American oak barrels under 4 years old.

It is not the first time that Andreas Larsson gives excellent scores to the wines of Bodegas Sobreño that since 2012 have been recognized by the Master Sommelier. Last year, the critic placed the Finca Sobreño Ildefonso 2011 among the best of the Top 10 wines with 95 points.

Bodegas Sobreño is a family winery founded in 1998 with the aim of producing premium wines by going to the most demanding markets from a variety of exceptional grapes, the Tinta de Toro.